The biennial, National Black Theatre Festival founded in 1989 by the late Larry Leon Hamlin is a marvelous and fantastic (Marv-tastic) week long “reunion of the spirit” of black theatre producers, companies, artists and patrons featuring college students, professional actors and stage, film and television celebrities in productions at every possible public and commercial venue across the City of Winston Salem, NC.

When you go you have stepped out on a true vacation. You will be in another world. It’s artzy, intellectual, conversational and fun. Your vacation days… are spent shopping, eating breakfast, lunch and dinner with friends and in FREE creative and industry workshops with actors, producers, writers and investors. Evenings… are spent dressed for theatre and attending parades, celebrity receptions and then changing clothes again for late night cabaret performances that you might participate in with performers after these musicians and dancers and singers finish their scheduled shows.

It’s like an artistic, cultural, educational, career and business dream-come-true that is integrated with the up-to-the-second muse of literary and musical treasure in the humanities for all people with African American and international English Language Arts appetites. When the National Black Theatre Festival is happening I say, “there is no better place to be on the planet”. Thanks Larry Leon Hamlin for organizing such a foundation for theatre, we miss you!

News About the Festival 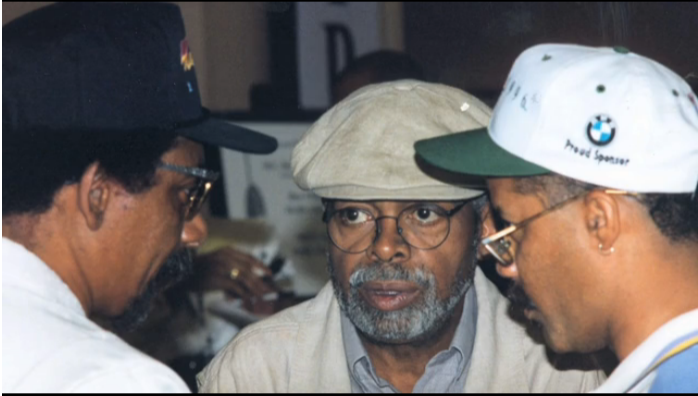