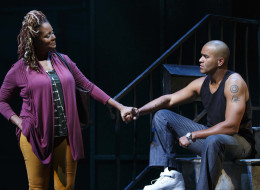 This photo provided by Boneau/Bryan-Brown shows Christopher Jackson, right, and Tonya Pinkins at The Palace Theatre

That was the day Tupac Shakur died from wounds suffered in a drive-by shooting in Las Vegas, and Jackson honored the rapper the only way he knew how: with music.

“I remember putting his CD in my CD player and walking through Central Park and weeping and being angry,” Jackson recalls. “I didn’t know that he held such a place in my heart. I mourned the fact that I wouldn’t ever get to work with him.”

Eighteen years later, Jackson has found himself as close to that dream as possible. He’s singing Shakur’s songs on a Broadway stage in “Holler If Ya Hear Me,” including the heartfelt “Dear Mama,” the first song Jackson listened to that sad day in 1996.

The musical, which opens Thursday at the Palace Theatre, uses Shakur’s songs – including “Me Against the World,” “California Love” and “Keep Ya Head Up” – to tell an original story by Todd Kreidler about two young men dealing with life and tragedy in a Midwestern industrial city. 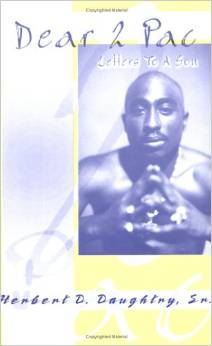