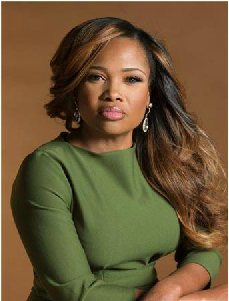 “Dr. Heavenly is a wife, mother, dentist, business woman and inspirational speaker. ” to me she is down to earth and heavenly…because she is a wise and a long-term thinker. What an  awesome  role model for women in this pivotal period of time — living and learning to survive and excel –in the United States” says Aduke Aremu who hosts and produces the popular talk show called, The Princess Chronicles on WXRP Radio in Atlanta.

Aremu adds, “Our show will proudly host a very engaging interview with her on Wednesday August 6th at 7:30 pm about wisdom… poise and… men, women, professional sustainability, money and navigating Atlanta — “Princess to Princess”!

The reality channel says producers, “currently broadcasts a mix of reality series aimed primarily at females between of varied ages, along with acquired drama series and more mainstream theatrically released feature films.” The real life doctor is a graduate of Meharry University School of Dentistry.

Dr. Heavenly by day is the proud owner of a dental practice called, “Smiles by Dr. Heavenly”. She is the founder of the amazing magazine called the, Epitome of Success. She has a university named after her — and is the author of several books including, Dr. Heavenly’s Business Prescriptions and You Can Have It All!

According to Aduke, “There really is a Heavenly agenda…this extraordinary woman and business “mind” exhibits: SUCCESS, LOVE, MEDICINE, BUSINESS, MONEY-KNOW-HOW, RELATIONSHIP ACUITY AND SWEET SAVVY.” “I want to know more about the family woman and a long-term thinker and we will ask her about all of her plans and her ‘take’ on a “professional’s” life engaged in reality television,” says Aduke Aremu 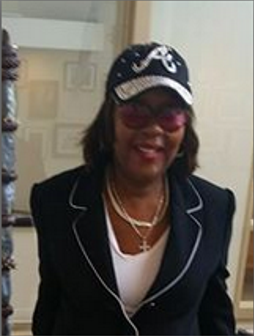 Heavenly and Aduke will take charge… of a Royal Princess Court – Atlanta Style in what promises to be the interview of the year!

Aduke Aremu of course, is a seasoned educator, theatre director and producer — the proud author of ten plays, two books of poetry, two musical children plays, one non-fictional women’s inspirational book as well as the producer of the  Princess Chronicle’s radio show which is the same name of one of her books. The show is virtually followed each week followed by thousands of listeners in Metro-Atlanta, New York, North Carolina, California, Florida, Barbados and Sweden.

She has traveled as a cultural and educational consultant to Africa, The Caribbean, Europe and South America. Aduke is from New York City and a graduate of Hunter College and the College of New Rochelle.