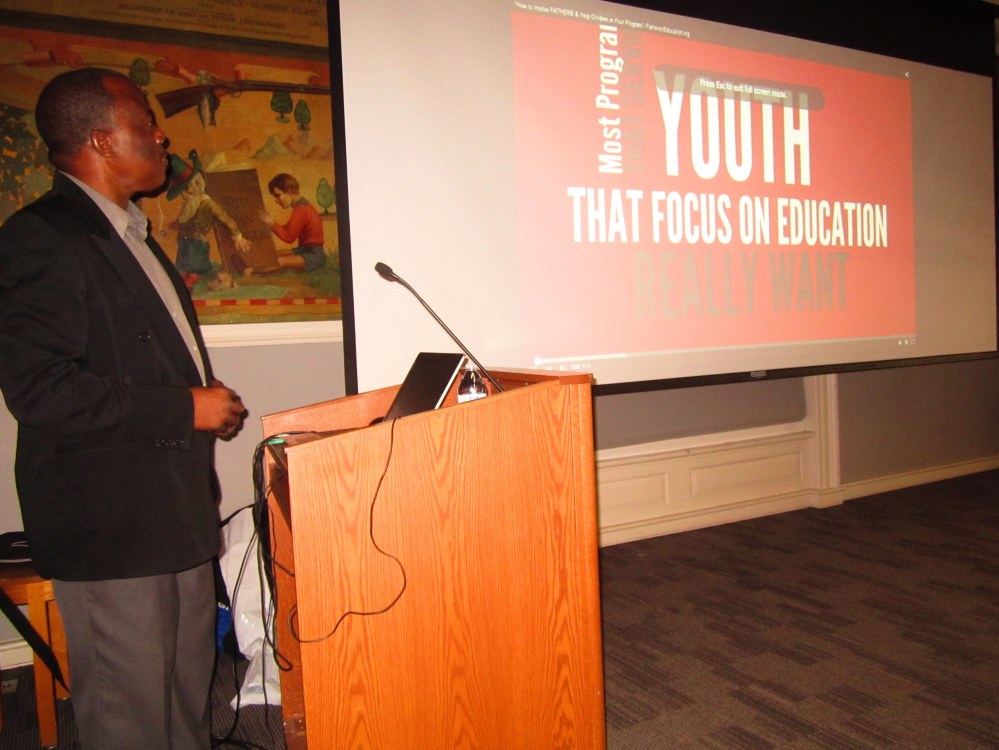 This Right 2 Vote Engagement event was held on October 19, 2015 at the New Haven  Free Public Library on Elm Street. It was organized and led by Tony B. Nelson and featured guest speaker, Kenneth Green, former Connecticut State Representative.The Fathers in Education INC. Campaign was established to address the disparities in educational attainment among low income children and the absence of their fathers.

This initiative gives fathers a chance regardless if they live in the home or not strategies to  participate in their child or children’s lives and educational and civic achievements. Fathers are encouraged to use the nationwide program resources endorsed in Connecticut to help their child(ren) academically through organized courses offered them in the program.

Fathers In Education, Inc. endorses programs like America Reads and Reading is Fundamental and as Tony Nelson says, “Men must step-up and into 21st century family life. Recent research findings have confirmed that children who do not read proficiently by third grade are four times more likely to drop out than proficient readers. Those who do not master  basic English Language Arts skills by third grade, are six times more likely to drop out. When a father is engaged and involved families and communities can eliminate racial achievement gaps in education and overwhelming drop out rates. Sometimes young fathers and new fathers of all ages need support to learn how to care for their children and families. Fathers in Education, Inc. support innovative ‘action steps’.”

For more information contact: Tony B. Nelson at (860)391-7108 or tonybnelson42@gmail.com. Fathers In Education, Inc. has proudly been recognized by  the leader of the General Assembly for the State of Connecticut and the Mayors of Hartford and New Haven.